FlightGauge 1.4 Released to the Play Store 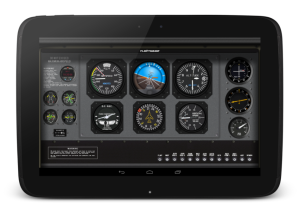 The latest release of FlightGauge for Android, a second screen cockpit instrument panel for Microsoft’s Flight Simulator X (FSX) and Lockheed Martin’s Prepar3D (P3D), has been release to the Play Store. This version improves support for low end tablets and includes many performance and stability updates.

One Year of FlightMap

It’s hard to believe that one year ago today I was launching FlightMap for Android on the Google Play Store. It seems like yesterday. What started as a personal GPS app to fill out my flight simulator cockpit has turned into quite a nice little utility. That first version didn’t do much and only worked on 10 inch tablets which was all I had at the time. It basically followed the airplane from the simulator and allowed you to create adhoc flight plans over google maps and map the next waypoint in the active flight plan in the simulator. Two main modes but for me, the gauges were the big accomplishment even though most people at the time didn’t care much for them. I wrote the app for me to begin with and it just happened that a few people liked it as well and for that I’m very grateful. Looking back it’s hard to believe that there have been 10 major releases of FlightMap in the last year. That’s pretty impressive for any software project 🙂

Over the next few months I was really able to perfect the flight plan management and display options as well as improve the overall look of the app. The basic design has not changed that much on the 10 inch tablets but it is more refined now with a lot more data on the screen. My beta testers at the time really know the struggle to get the display right. It took a lot of time but I think the outcome was worth it. My main goal has always been to keep the app simple and familiar to pilots and I think I have done that. That goal is the reason I have spent so much time making sure FlightConnect is as simple as it can possibly be and that FlightMap tries to be as smart as possible to require so little from the user to do what it does. Working with a primary simulator that has not been touched by the developer for almost 10 years certainly has made that challenging 🙂 Around this time I was able to add Prepar3D to the supported simulators and I am hoping some of the bugs I’ve run into with FSX will eventually be fixed :).

About 4 months after the release of FlightMap I was able to release version 2.0. Google had just released the new Nexus 7 and I was fortunate enough to be able to purchase one and start work on supporting it. I didn’t realize at the time how challenging the design I had come up with for the app would be to support on various tablet sizes but I did ultimately figure out a way to do it. Now FlightMap supports all 7, 8, 9, and 10 inch tablets that I have run into. I’m working on fixing an issue with a 21 inch tablet now 🙂 That first 7 inch version was a real challenge though. Trying to fit all of the features in without sacrificing functionality on the smaller screen took a lot of design work. It was ironic to me that the one feature most people said they didn’t want on the 10 inch tablets, the gauges, became the most requested feature on the 7 inch tablets when I didn’t include it in the first release. I was able to find a way to bring the gauges to the 7 inch tablets within a month or so but it was tricky.

I had a major surgery at the end of August which slowed things down a bit but I was able to continue work on FlightMap and even found time to release a new app called FlightGauge. The most recent release included a refresh of the graphics and new features for the major gauges as well as regional airport, ndb, and vor display. I’m really proud of where FlightMap has come and I’m looking forward to seeing where this goes in the future.

I am so thankful for all of the users of the software. I have learned so much about aviation from this project and I’m sure I have a ton yet to learn. Thank you for all of the support over the last year.

A few days ago FlightGauge 1.2 was released. This version improves the 10 inch tablet view to better utilize the screen space and improve the visibility of the gauges. FlightGauge is a real time second screen instrumentation view that works with Flight Simulator X and Prepar3D. FlightGauge supports 7 inch tablets and larger running Android 4.0+. 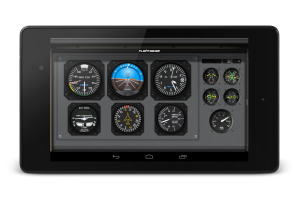 This a quick update version that fixes one known issue and adds one new feature:
– Fixed a display issue with the main overlay on 8 inch tablets
– Added sensor rotation. Now supports either landscape orientation.

Vine Ripe Software is pleased to announce the release of FlightMap 2.7 to the Google Play Store. This version includes many new features requested by users including regional airports, NDB’s, VOR’s, any many more. FlightMap is a second screen navigation utility for Microsoft Flight Simulator X (FSX) and Lockheed Martin Prepar3D (P3D). Use FlightMap to plot your simulated location and flight plans on Google Maps in real time. 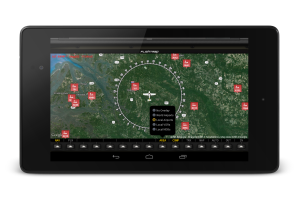 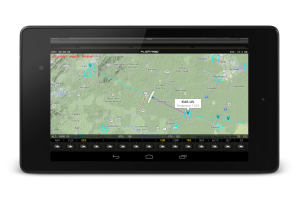 FlightMap is available for purchase on the Android Play Store here: 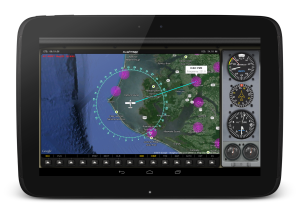 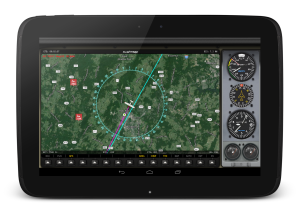 Other changes include a new settings dialog that allows you to choose which ip address FlightConnect uses. This option is mainly for users that have multiple network interfaces on their computer. Finally this version also adds an option to turn logging on and off. It is off by default.

I have also released what I think will be the final beta version of FlightMap to my testers. I ran into an issue with a really old FSX bug that has made retrieving data about the airports/ndbs/vors unreliable. I’ve done the best I can to work around it but it is certainly not ideal. If testing all goes well FlightMap 2.7 should be released very soon.

I’ve just posted what will hopefully be the final beta of FlightMap to my beta testers. This version has become a lot bigger than I original planned. Here’s some of the great new features and some of them have been requested for a long time:

Here are some screenshots showing off these new features. 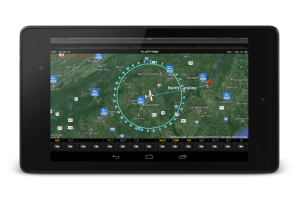 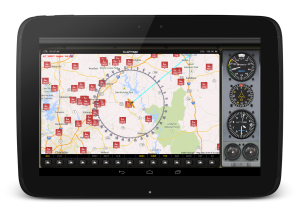 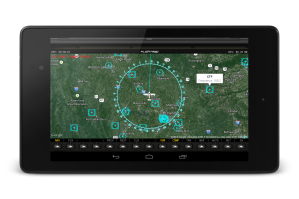